Revisiting “Hostages” – On Rewriting An Old Story For A New Audience

At the end of 2021, I was encouraged to contribute to an anthology with a theme that was practically made for me. Gothic dark eroticism. Problem was, I didn’t really have the time to write a new story, as it was Christmas (which always cuts my writing time short) and I was also already in the middle of some other projects. Anyway, I asked Cassandra, editor of Quill & Crow Publishing House, if I could submit a rewritten story to the anthology, Eros & Thanatos, An Anthology of Death & Desire, which drops on February 11, 2022.

The story I chose was “Hostages”, which I originally wrote in 2020. You can read all about what inspired it in the moodboard post. 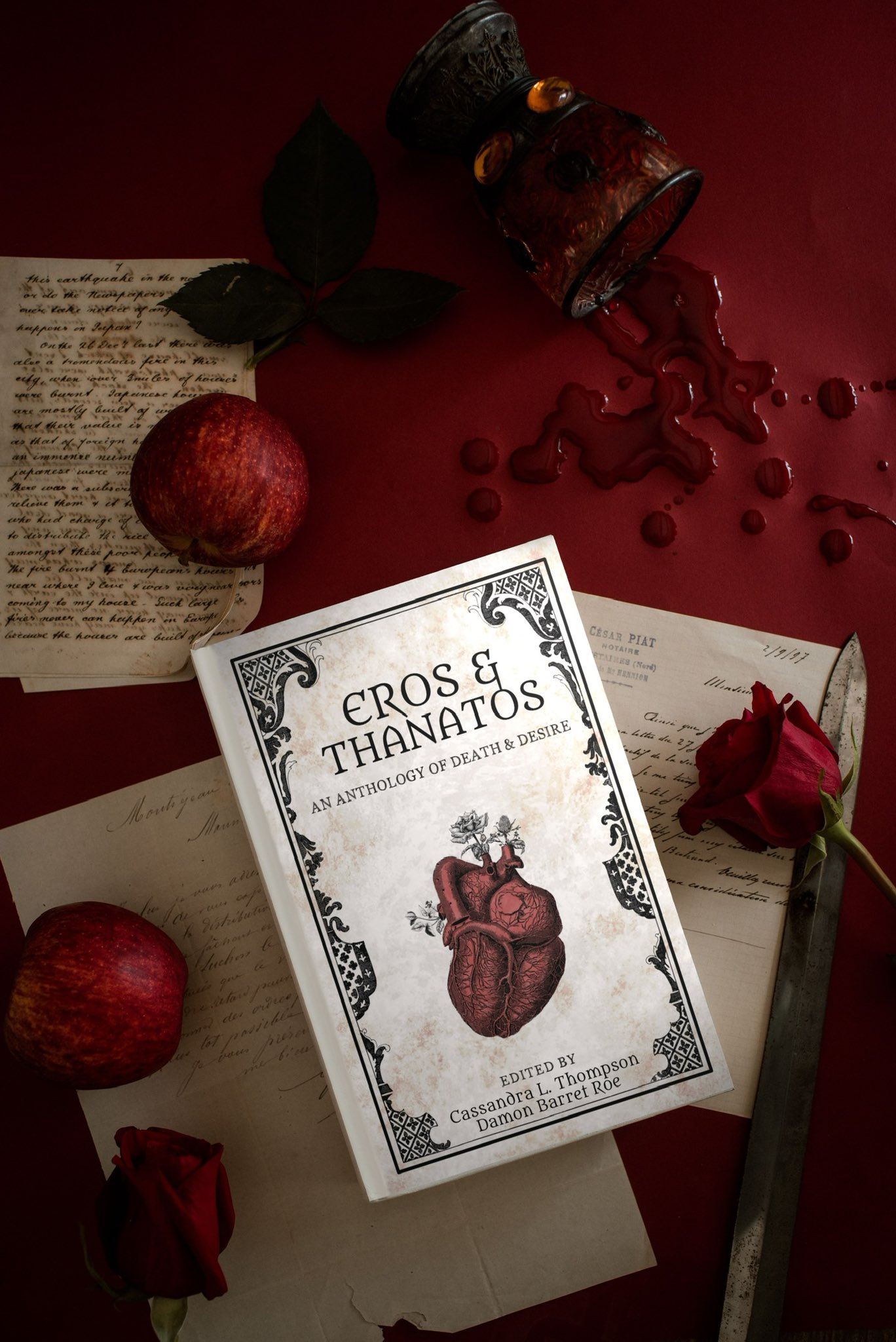 The trees thickened as Edward pulled her onward, their limbs hanging down, the green needles looped together like nooses.

The story I chose to submit because it contained both sex and death themes, was “Hostages”, the very first story I wrote for my 2020 Patreon endeavour. I’d always loved “Hostages”. I set it in Whistler, British Columbia, which is one of my favourite places. It was also my first attempt at writing “modern gothic” fiction, although it was still written in first person present tense and with a very minimalistic voice.

Since writing gothic fiction last summer, I’ve relied on third-person past tense POV. Once, it was my least-favourite POV, but I’ve managed to appreciate it because it allows me to embrace my own voice instead of worrying too much about how my characters sound. (For the longest time I used first person, but over the years it was really starting to make me self-conscious about how similar all my characters sounded.)

“Hostages” originally took a first-person present tense tone. It was quick and VERY minimalist, which was my whole jam for the longest time. I thought the original story was good but maybe lacking in certain areas. I’d originally intended for it to be a gothic tale, but to be truly goth, it really needed more words, more description of scenery and tension. It was perfect fodder for a rewrite.

Not to mention, a maximum of 5 people read the original on Patreon. For a story that I really loved writing the first time around, I felt that it deserved a revisit.

Probably the most fun I was with rewriting “Hostages” was giving the characters some extra dimension. The original draft was about 4000 words, and I had room to expand it to 8000 words, which meant that I could describe things more vividly and create better tension between my characters.

I gave my protagonist, Erin, a bit more desire and need. I also changed my love interest’s name from Will to Edward, just for the sake of refreshing him a bit in my head, because he felt a bit hollow in the original draft. I faced a few hurdles with him, mainly because he has this dark side he’s trying to hide. (I guess not unlike Edward from the fucking Twilight series. In hindsight, I should have probably picked a different name for him because that name was haunting me with flat character hollowness the entire time I was writing.)

Rewriting my characters did give me a better sense of being reckless in a situation of hopelessness and depression, which I do hope translates to the reader. I had a lot of difficulties trying to cement their relationship, as again, I was rewriting during Christmas, which for me as a retail worker, is probably the most stressful time of the year.

Originally, “Hostages” was supposed to be about PTSD and how it affects people. Without spoiling too much, I tried to frame PTSD as a physical symptom, utilizing the cold environment of Whistler to convey how these symptoms isolate my characters from the rest of the people there.

Some Problems with Changing Tenses and POVS

When rewriting, changing minor text things is always difficult. It seems easy, but you’re guaranteed to miss something, or rather, a lot of things. I had to change one character’s name. I had to change all the present tense to past tense. Lastly, I had to remove all those pesky “I’s”, which was honestly a relief.

Having written first person for nearly 10 years, not being paranoid about seeing a shit-ton of “I’s” on the page is a nice feeling. I’ve really enjoyed the freedom of writing in third-person. It allows me to embrace my own voice more, which I feel has benefited me greatly as a writer since I wrote “Woman of the White Cottage” in spring of 2021.

The Takeaways of Rewriting a Story

This whole endeavour proved a bit more difficult than I’d imagined it would be starting out. It was a story that I loved but one that I didn’t feel I told right the first time. One thing I will say about rewriting a piece is that it likely won’t change all the insecurities you have with it.

Maybe I was just too tired?

What I will say is that it proved a rather nice walk down “memory lane”. I threw on my old “Hostages” playlist and even added a song to the mix. It did change my relationship with the story, but when I got my editor’s comments on the draft I submitted, I was so full of insecurities over the typos and mistakes I’d left in there that maybe I was being too hard on myself.

I do think the story is better now.

Eros & Thanatos, An Anthology of Death and Desire drops on February 11th from Quill & Crow Publishing House. Visit the book page for all your pre-order links, or you can do things the indie way and buy directly from the publisher store and get yourself some lovely Q&C merch as well.

Death my dear, is only the beginning…

Freud once theorized that human beings are subject to two drives: love (Eros) and death (Thanatos). While his psychoanalytic theory has long been expanded upon, no one can argue how fundamental love and death is to our existence. Within this collection are twelve stories that explore the fine line between these concepts. It also features a diverse group of authors whose often unheard voices tell stories of resilience, strength, and triumph through tragedy. Haunting as any Quill & Crow anthology, these stories seek to intrigue, inspire, and give a whole new meaning to “until death do us part.”

While I Was Away: A Horror Story